Getting to know Andrew Thompson: An interview 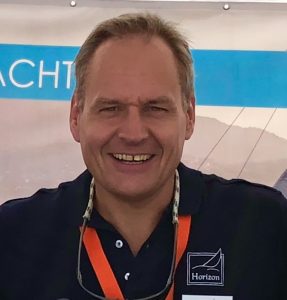 Come read an exclusive Getting to know Andrew Thompson interview.

Where were you born? Enfield, North London, England. Youngest of four!

Where was school and what did you like best? I went to Lochinver in Hertfordshire, the school motto was Perstare Praestare (to persevere and excel), and then Haileybury whose motto is Sursum Corda. (lift up your hearts).  Good dictums to live by.

I was into sport and my favourite subjects were Rugby, Rackets (squash on steroids), and Swimming.  I did manage four A-levels in English, History, Geography and Art, so proof that I spent some time in the classroom.

What was next? In truth I wanted to get out and earn money, so instead of university, I went straight to the Financial markets in the City of London where I qualified as a Stockbroker on the London Stock Exchange and then as a London International Financial Futures and options ( LIFFE) floor trader. I worked for several years on the open outcry market – (he who shouts loudest!!).

Other jobs? After the City, I worked as a ski guide and photographer in the French Alps and had a lot of fun, but it also gave me a huge opportunity. I met Ben Mennem, skipper of a mega yacht while photographing his crew parapenting ( directional parachuting) and I ended up in a position as rigger on the largest masthead sloop in the world at the time. “Extra Beat’ was an 118ft German Frers sloop with a 165ft, 6 spreader rig.  I was aboard for 3 years. That was a great time and I learnt a lot, as most of the crew were ex Whitbread racers. Rigging became ‘my thing’ and since then I’ve stepped over 150 masts on a variety of boats at Horizon.

What about sailing and qualifications? I love sailing, boats and water and I’ve been lucky to have sailed on a fair few. I am a Commercially endorsed 200 Ton Yachtmaster and have over 50,000 sea miles, including a trans-Atlantic on Rothschild’s 1960’s racer, Gitana IV, a spectacular 91ft Sangermani yawl. She was fast, we made Antigua from the Canaries in 12 days 19 hours, which I think was the fastest crossing of 1989. We raced a Swan 65 for a case of Mount Gay – probably a bit unfair looking back on it! Waterline length was King back then. We still had time for a Neptune’s mid-ocean  party!

I love racing and have been fortunate to have had some great boats and good skippers and crews, and some silverware!! We’ve won class at Antigua Sailing Week (ASW) 3 times, class at BVI Spring Regatta 5 times, had podium in St Croix Regatta, USVI Rolex, Heineken Regatta in St Martin, and I was Tactician on the winning Melges at La Voile St Barth’s. Now that is a regatta everyone should do!

So how did you end up living in the Caribbean? There were some fun and flamboyant years working for Giovanni Agnelli (his grandfather founded Fiat cars in 1896) in the Mediterranean but the move to the Caribbean was in 1994. I started by running watersports for a 5 star BVI hotel on Virgin Gorda, then ran an 85ft charter boat, then I became  a delivery skipper for a charter company, and  started a charter base for them  in Puerto Rico. Sylvia Driver was the financial controller at the charter company and together we decided we could run a charter business (much) better ourselves. Horizon was born in 1998.

And success ever since? It’s been hard work, but rewarding. We started with 3 boats. We had 15 boats by the end of our second year. We opened in Grenada in 2000, and grew the BVI base to a 40 boat plus fleet (manageable, but still able to offer top quality boats and personal service). We’ve opened other bases, closed some bases that were just too seasonal, and have a successful private management business in Grenada with around 70 boats, thanks to our partners James and Jacqui Pascall. We have another Horizon base in St Vincent, and partner with other companies around the world, to offer world-wide sailing, whilst being Caribbean specialists ourselves. We have superb and very longstanding staff, some fabulous owners, and we have a huge variety of great charter guests.

Nickname: “Tubes”, it’s a long story! Pretty much everyone except my parents and siblings call me Tubes.  (Ed: buy him a beer and he’ll tell you!)

Best stunt; Water Skied behind a helicopter from Necker Island at 70 knots.

Other sport: Was BVI National road race cycling champ back in the day, and Olympic distance BVI champ. I cycled London to Paris to raise funds for Marie Curie, shortly after a close friend had died from Ovarian cancer.

Most interesting person you have met? For business and intellect – My Father.  In Sailing, Jon Alsop, who was a sailmaker, second in Fireball world championships back in the day, raced with him for 15 years in Salcombe yawls. Had a 6th sense for right way to go, calm under fire, lifetime of racing knowledge, brilliant raconteur, his son Olly has inherited all his traits.

Pet hates: Open stackpacks at the dock, knots in dinghy painters, old sails, boats that don’t point, whistling aboard and ‘green’ on a boat.

Bucket list; Too many to list….but ‘The Grand Traverse’ would be one, and to kitesurf from Anegada to Tortola would be another!

Three words to sum up living in the Caribbean: Sea. Wind. Doorstep.