Getting to know Giles Starkey: An interview 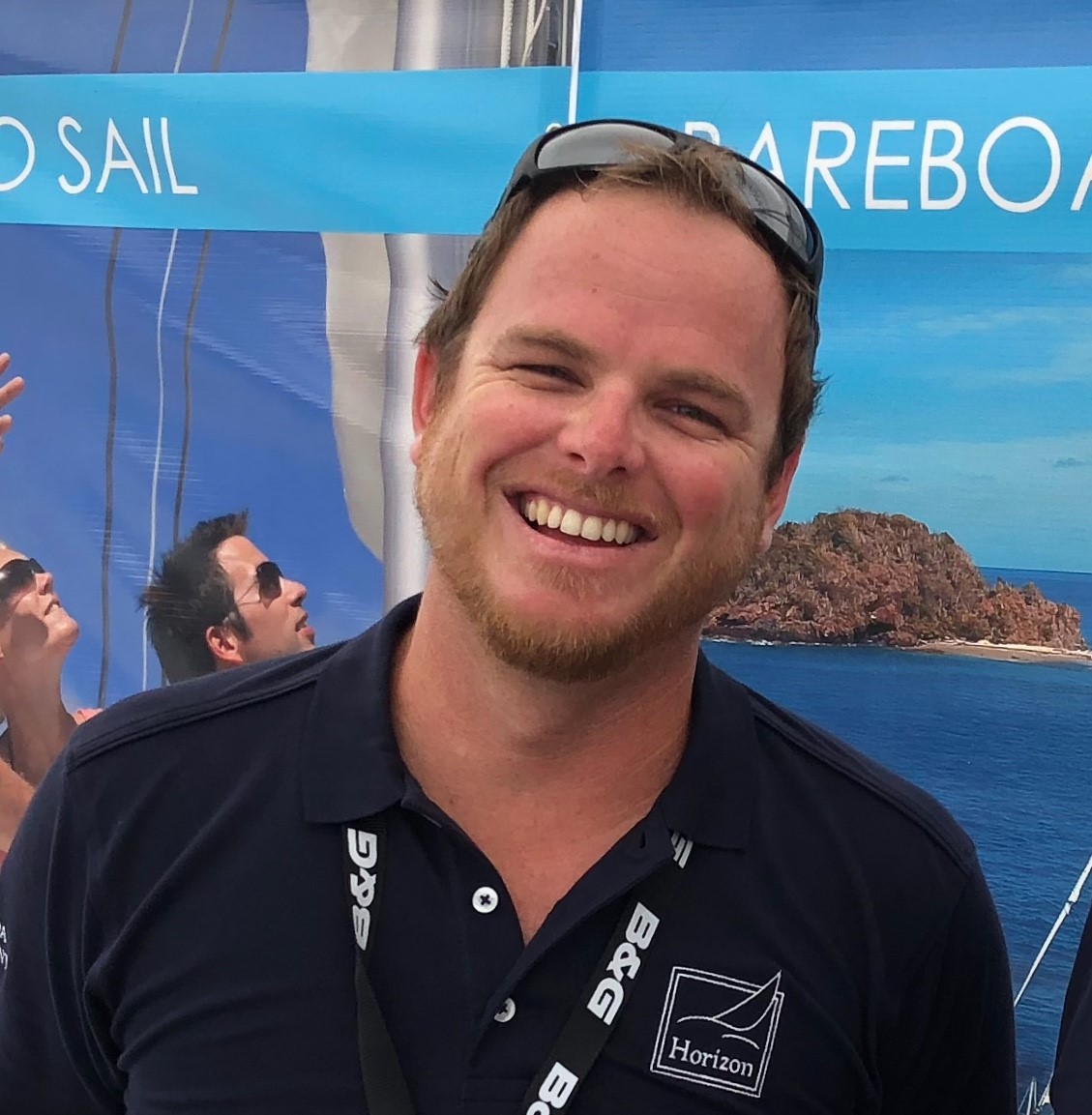 Come read an exclusive interview from Giles Starkey, a leading broker for Horizon Yacht Sales. Giles Starkey has a tone of history with the BVI, a grand love for sailing, and endless tails of life at sea!

Where were you born? British Virgin Islands, Tortola. My family is originally from the UK, Southampton.

Where was school, and what did you like best? Schooling started in the British Virgin Islands. Then from the age of 13 I attended boarding school in the UK. What I enjoyed? Flying back home to the Caribbean to get as much sailing in as possible, it’s certainly much warmer in the BVI than the UK! After completing school in 2006, I went on to complete my RYA Yacht Master in Cowes, Isle Of Wight at the United Kingdom Sailing Academy (UKSA).

When did you learn to sail? I learnt to sail at the very young age of 9. Mostly in Optimist dinghies and I later joined the BVI Optimist national team and raced in quite a few international regattas. When I outgrew the Optimist, I then progressed to sailing and racing Lasers.

What was next? Having completed my Yacht Master I decided I actually wanted to teach sailing. I went on to take a US Sailing instructional course and received my certification and accepted a job as a sailing instructor at the Bitter End Sailing School in the beautiful Virgin Gorda, BVI. During the 4 years working in the Bitter End I taught many people how to sail on all sorts of boats including Lasers, Hobies, 420s, J24s, Rhodes 19s and eventually on the Express 37, Bitter End’s racing yacht.

I loved the Bitter End but I wanted to progress into larger yachts. So in 2010 I took an opportunity to join a charter company in West End, Tortola, BVI. Here I sailed a variety of larger yachts and became a yacht briefer as well as an assistant technician and rigger. Over the course of my time there I rapidly gained a huge amount knowledge on yacht systems which has been invaluable.

In the 2011 I heard “through the coconut telegraph” there was a job opening at Horizon Yacht Charters as a dock manager. This was my calling card so immediately applied for the job. I became part of the Horizon family. Over the last 8 years I’ve been involved at all levels in the day to day management of the Horizon fleet , keeping the boats in top form as well as looking after the guests as best as possible. After all, that’s what Horizon is famous for.

My first boat-show was 2017 as a representative of the operations team from the BVI base. I went to Annapolis primarily to give clients a better insight into Horizon and their extensive maintenance program and of course sell yachts! It was great role and following the show I knew that I wanted to be involved with Horizon Yacht Sales full time.  I became a Yacht Sales representative for Horizon in early 2018. Becoming a yacht broker was an easy choice for me.  All my knowledge on how boats work and seeing clients day in day out for so many years has given me  insider knowledge that helps me put client’s together with their perfect  yacht.  Its hard work and not all just “fun in the sun” as some might think but it is very rewarding. I’ve sold several yachts and I have loved every minute of it.

Nickname? Sparky, My friends are not that imaginative, they just changed a couple of letters!

Most interesting person you have met? My good friend Jerome. A solo, nonstop circumnavigator of the globe. I love to hear his adventures.

What are you most proud of? Goes without saying…my wife Kayleigh! Also being part of the BVI Community.

Three words to sum up the Caribbean. Friendly, Sunshine, Beaches

Like to know more about Giles Starkey? Get in contact with Horizon today. No matter the query, our staff are always happy to help. Giles Starkey is just one of the many great individuals behind the Horizon team, helping you find the charter of your dreams and sail the Caribbean in style.